The Miracle of Water

It’s the second most abundant substance in the universe. It dissolves more materials than any other solvent. It stores incredible amounts of energy. Life as we know it would not be possible without it. And although it covers more than 70% of the Earth’s surface, many parts of the world are in dire straits for lack of it. What is it?

The answer, of course, is water. In some ways, water is one of the substances we know best, in part because it makes up 75% of our bodies. Every day we drink it, bathe in it, clean with it and use it to dispose of our wastes. Yet scientists are still striving to understand many of water’s remarkable properties, and the 21st century will force us to think about water like we never have before 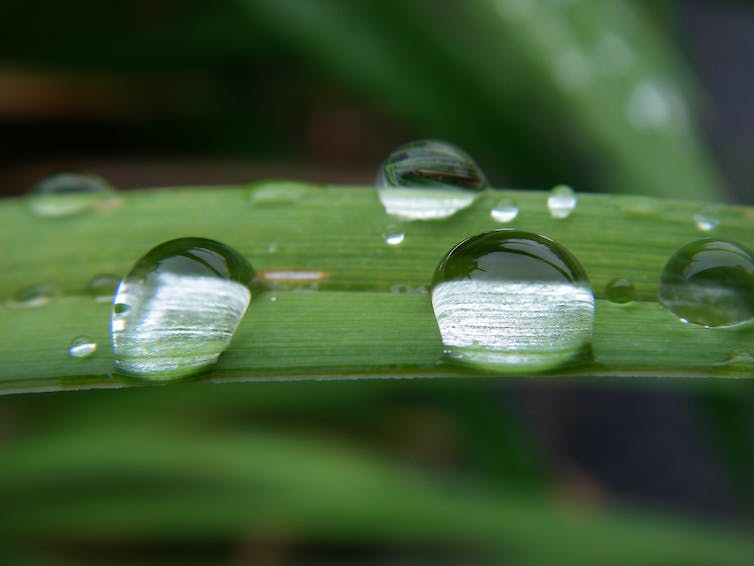 What makes water so remarkable?

For most of human history, water was considered to be one of the four elements, along with air, earth and fire. It was only in the 18th century that chemist Antoine Lavoisier passed an electrical current through water and realized that it gives off two gases: hydrogen (literally, “water maker”) and oxygen.

The formula of water is H2O – two atoms of hydrogen and one of oxygen. One of water’s most remarkable properties is traceable to the hydrogen bonds that continually form and reform between its slightly negatively charged oxygen and slightly positively charged hydrogen components. Thanks to these bonds, water molecules attract one another far more strongly than those of almost any other substance.

These hydrogen bonds give water a very high specific heat, meaning that it takes a great amount of energy to warm it. It also has a remarkably high boiling point compared to other chemically similar molecules, such as hydrogen sulfide. These properties enable human beings to dissipate large amounts of heat during exercise by perspiring.

Another consequence of hydrogen bonding is capillary action (the topic of Einstein’s first paper), which occurs, for example, when a liquid is drawn up between the hairs of a paintbrush. The water molecules attract one another so strongly that they defy the force of gravity. When water evaporates from the highest leaves of a tree, it draws up other water molecules from the roots far below.

Still another consequence of hydrogen bonding is water’s high surface tension. This accounts for its tendency to form droplets and enables some insects literally to walk on water. This force can be so strong that premature infants, who lack surfactant, a substance that lessens it, can become exhausted just trying to inflate their lungs. Fortunately, surfactant is now available as a medication.

The fact that water has slightly positively and negatively charged poles also makes it the “universal solvent,” perfect for dissolving salts, sugars, acids, alkalis and even gases such as carbon dioxide, accounting for the fizz in sodas. Such substances are known as hydrophilic (water-loving), precisely because they dissolve so easily in water.

By contrast, fats and oils are classified as hydrophobic, because they do not have electrical charges at their ends. As a result, they are attracted more strongly to one another than to water. To wash such substances from our hands or clothes, we need soaps, which have both hydrophobic and hydrophilic ends that help break them up into tiny droplets that can be carried away by water.

From one state to another

Even more remarkably, water is practically the only substance known to man that, as it cools from its liquid to solid state, actually expands. Virtually every other substance becomes denser as it “freezes,” but thanks to this remarkable property, ice cubes float in our drinks. More importantly for living organisms, lakes and other bodies of water freeze from the top down.

Ice’s remarkably low density is attributable to the fact that water molecules need thermal energy to maintain the random orientations they assume in liquid water. As the temperature decreases, the molecules begin to line up in a regular latticework. To do so, however, the distance between them must increase. As a result, ice is about 9% less dense than liquid water.

The adage that no two snowflakes are alike seems hard to believe until you consider the fact that the patterns in which water molecules freeze vary depending on temperature and humidity. When you add the fact that the average snow crystal contains about 10 quintillion (10 followed by 18 zeroes) water molecules, it is easy to see why the number of possible combinations is unimaginably large.

Water is also incredibly dynamic, continuously moving all over the Earth in a cycle of evaporation, condensation, precipitation and runoff back to seas and lakes. The same is true among living organisms, where the hydrogen and oxygen constituents of water are continually combining and recombining through the processes of photosynthesis and respiration.

And while we cannot live without water, it should also be said that we are water producers. Each time we break down a molecule of glucose, we produce six molecules of water, a reaction that takes place in the typical human body about six septillion (6 followed by 24 zeroes) times per day. Even so, we still don’t produce enough water to meet our own needs.

Although droughts in the western US are garnering considerable attention today, it is likely that water will become an even hotter topic over the course of this century. For one thing, only about 3% of the Earth’s water is fresh water, the other 97% being found in the oceans. And about 70% of this fresh water is found in glaciers and the ice caps of Antarctica.

As a result, even though the Earth holds enough water to make a sphere about 860 miles in diameter, only a tiny percentage of this water is easily accessible to human beings, and increasing shortages loom in the future. Some scientists have predicted that, as some point in the 21st century, fresh water will become a more valuable commodity than petroleum.

A saying often misattributed to Albert Einstein claims there are two ways to lead a life. The first is as though nothing is a miracle, and the second is as though everything is a miracle. Water is entirely natural, hugely abundant and so necessary to life that our cells are bathed in it. Yet it is also so remarkable that it is little short of miraculous.